Police in Buffalo need your help solving these murders and getting justice for the eight victims below. Their families and loved ones deserve closure. If you know something, it's not too late to come forward and talk to investigators.

If you have any information that can lead to the arrest of the suspects in any of the homicides below, please contact Crime Stoppers WNY by calling 716-867-6161.

Murder Victims: Marcus Lane and Demario Moorman
Reward: Up to $7,500 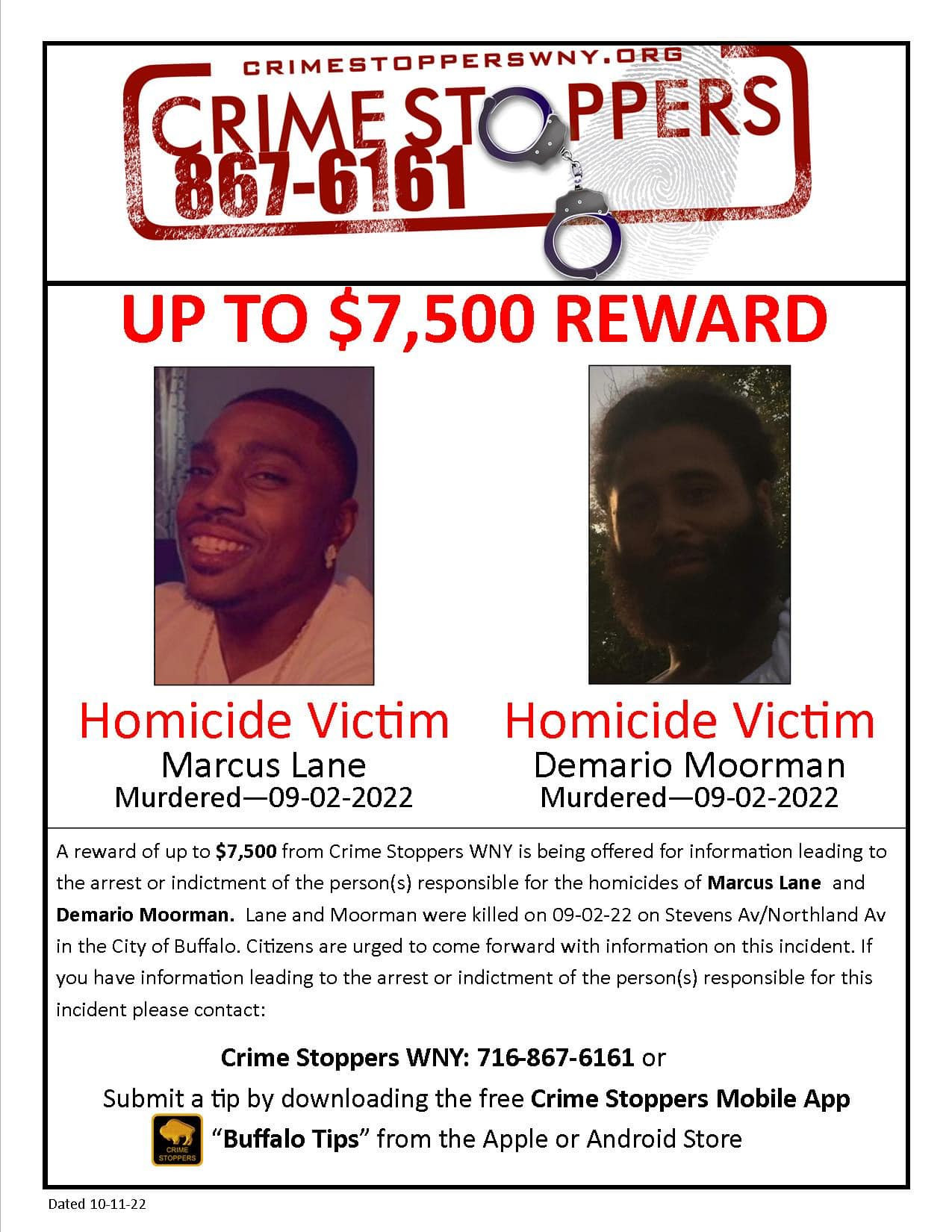 The two homicide victims, Marcus Lane and Demario Moorman, were killed on September 2, 2022, on Stevens Avenue and Northland Avenue in Buffalo.

Murder Victims: John Gorzynski and Detrick Clements
Reward: Up to $7,500 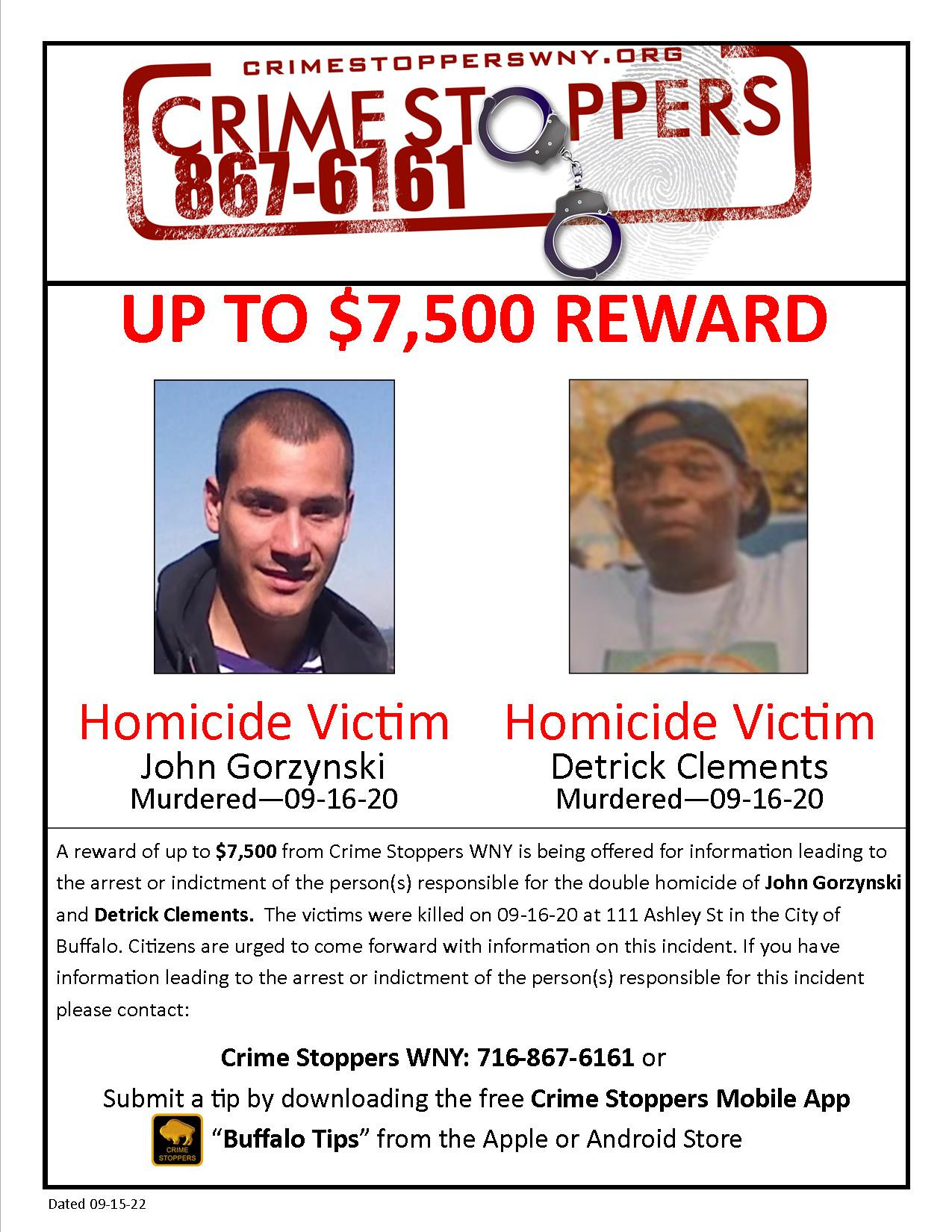 The investigation into the homicides of John Gorzynski and Detrick Clements has gone cold. The two men were killed more than two years ago on September 16, 2020, at 111 Ashley Street in Buffalo. 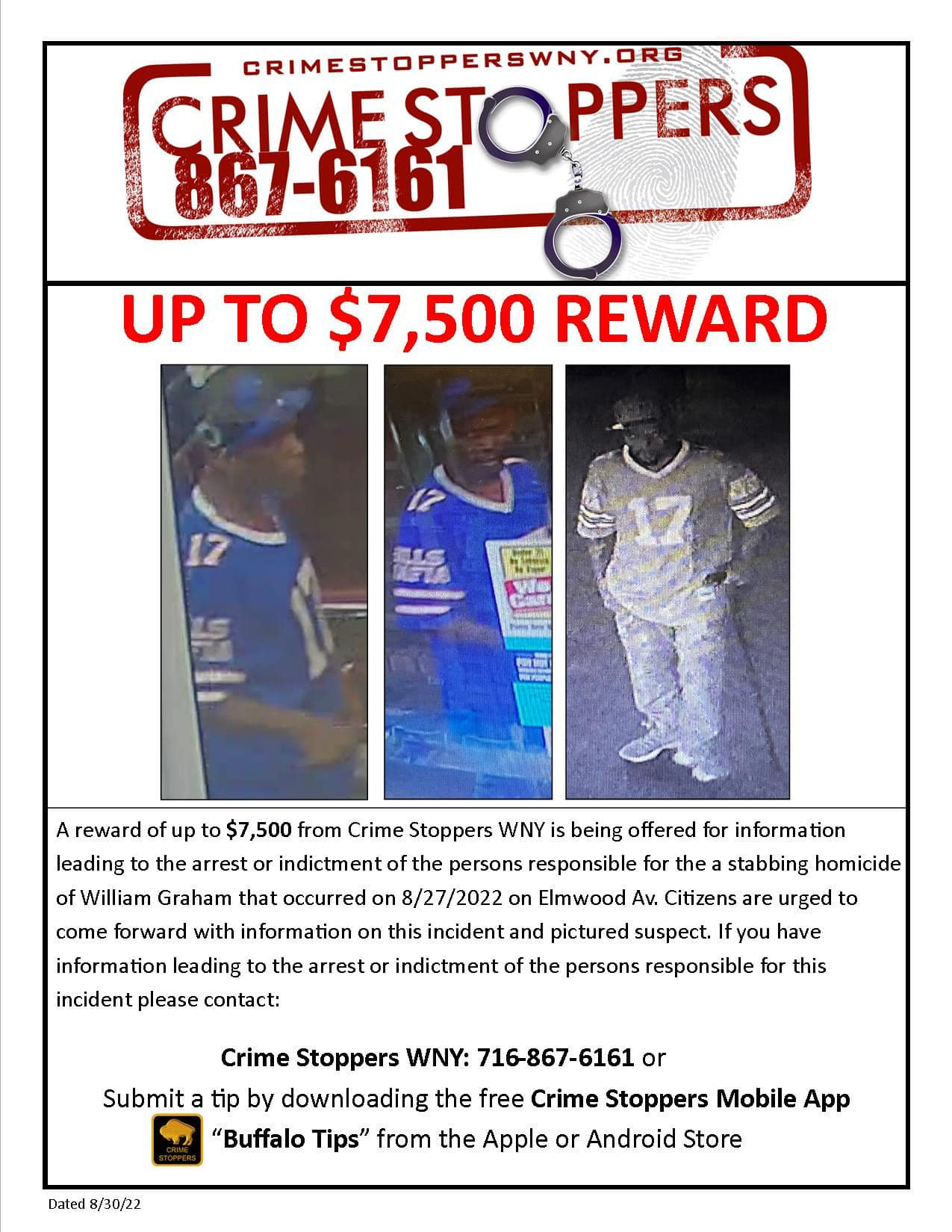 During the summer, on August 27, 2022, William Graham was stabbed to death on Elmwood Avenue in Buffalo. 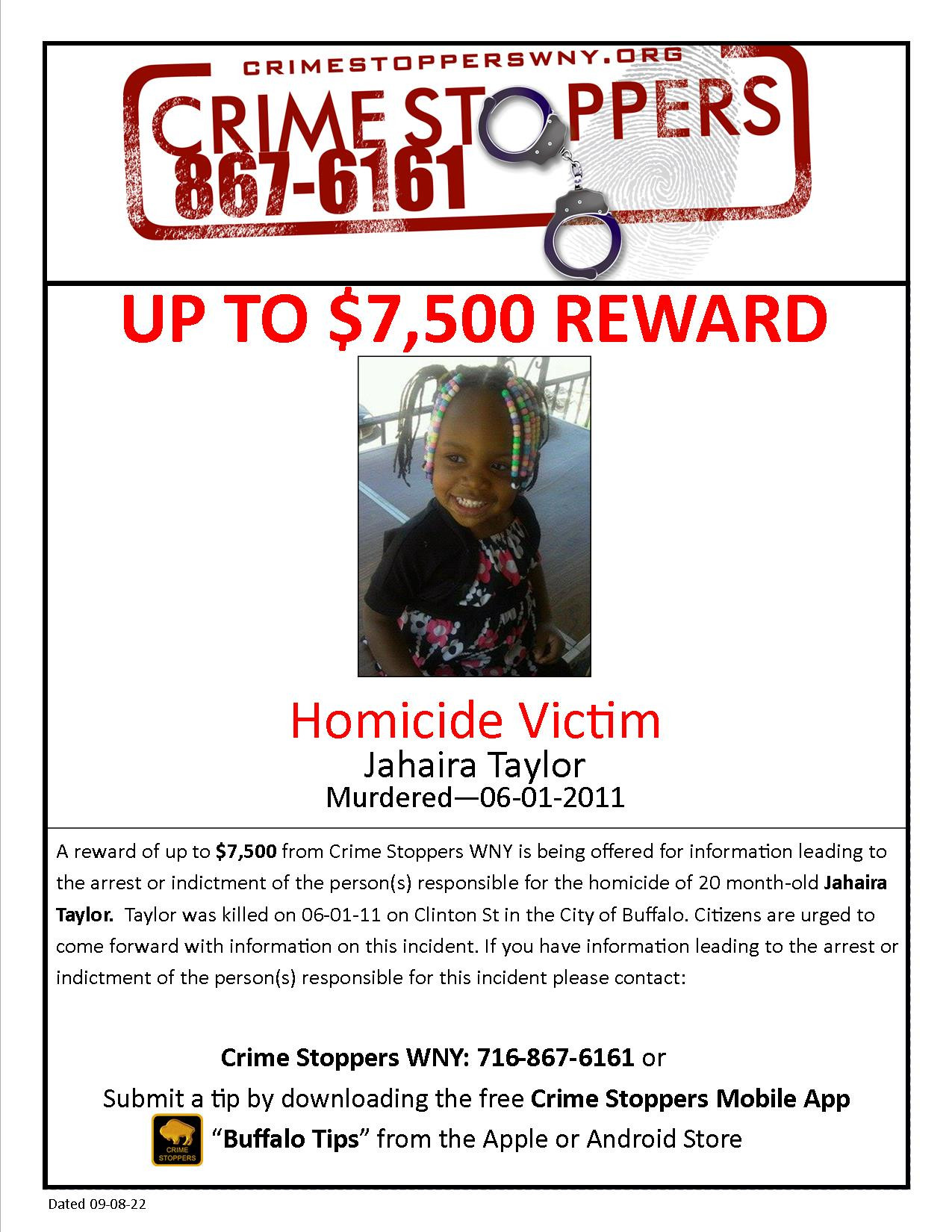 The person(s) who murdered this innocent child has not been found in over a decade. Jahaira Taylor was killed on June 1, 2011, on Clinton Street in Buffalo. 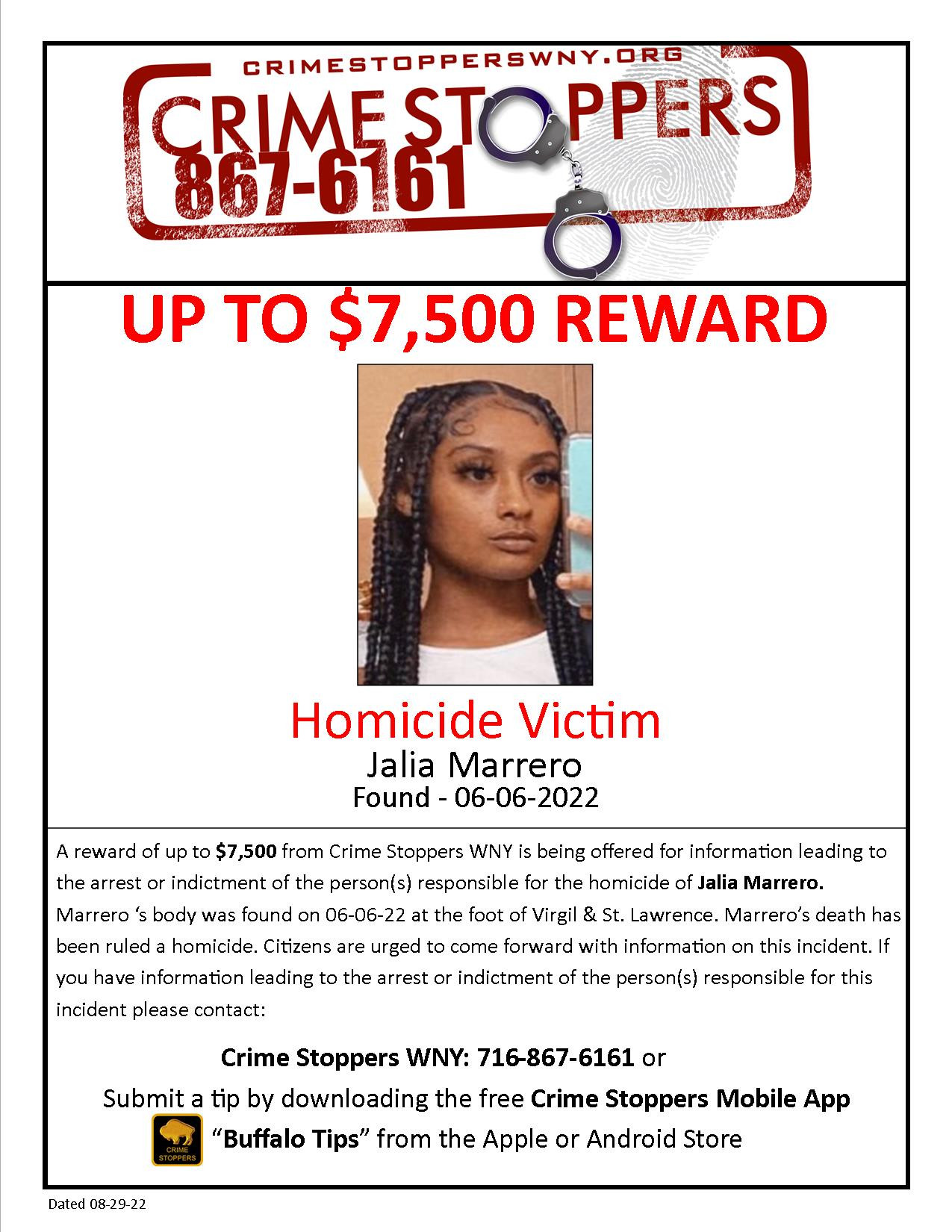 Jalia Marrero was found deceased at the foot of Virgil and St. Lawrence in Buffalo on June 6, 2022. Her death is considered a homicide. 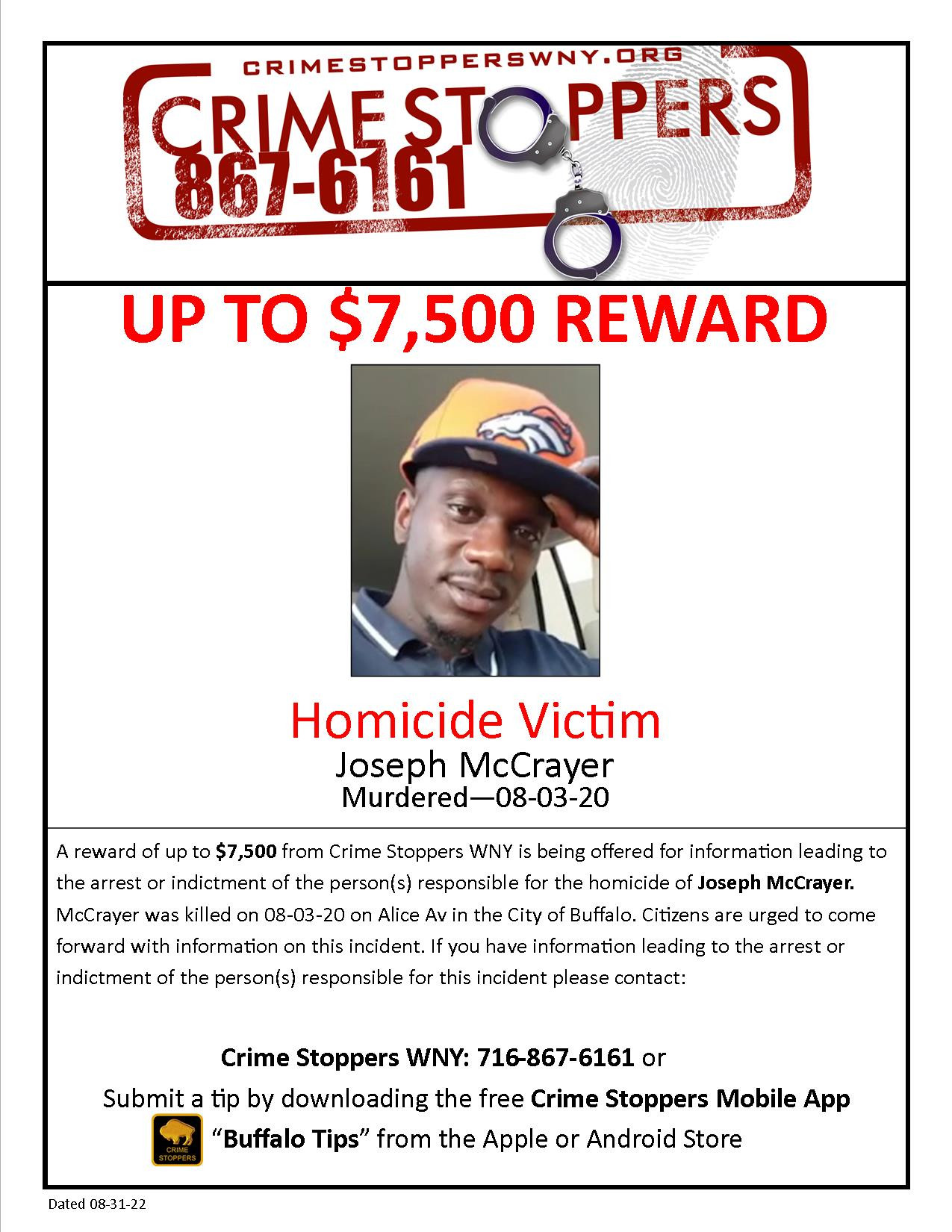 Joseph McCrayer was murdered on August 30, 2020, on Alice Avenue in Buffalo.

Get our free mobile app

As of October 6, 2022, these children are still missing in New York