If you've been down Allen Street downtown, you know that it can be tight to drive down.  This summer, the city of Buffalo plans to change that.

Allen Street has gotten busier and busier over the last couple years.  With UB's Medical school, great restaurants, and bars, there are more people, more traffic, and a need for more space.

According to WKBW, Buffalo Common Councilman David Franzyk says the issues are about to be fixed.  They're planning a huge renovation of Allen by widening the streets, changing the parking, making the sidewalks even more pedestrian friendly with a bike path, new benches, new bike racks, street lights, and more.

The entire project is estimated at around $10 million.  $6.5 million of which will be used on the first phase.  The work should be completed in 2019 with the first phase of the project starting this summer and hopefully wrapping up in the fall.

The good news is that most of the money is from Federal Highway dollars the city received for the new UB Medical School in Downtown.

Look for the first crews to set up in the block of Allen between Delaware and Main. 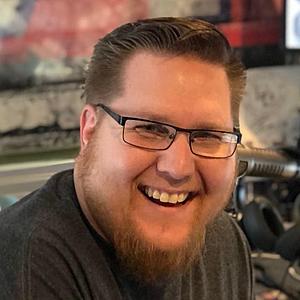 Listen to WYRK at Work with Brett Alan, weekdays from 10am-3pm on Buffalo’s New Country 106.5 WYRK!!

Filed Under: Allen Street, buffalo, construction
Categories: Brett Alan, WNY News
Comments
Leave A Comment
What Do You Call People From These Western New York Towns?
$2.99 Gas Has FINALLY Arrived in Western New York
4 New Country Concerts Announced in Western New York
Viral Facebook Post About Buffalo Will Give You The Chills
Money Coming To Small Businesses Hit By Storm in Buffalo
Indoor Pool Next To Kitchen House For Sale in WNY
The Most FUN Pizza Place In All Of New York State
Brand New Pizza Place Coming Next Week To Lancaster, New York
You Could Be Charged With a Misdemeanor if Driving During Ban